On January 30, 2021, LGC members attended a workshop led by Randy Overstreet, Arborist with the City of Laramie. He showed us how to prune two small trees that are in gardens that the LGC maintains. Members learned about the basics of pruning and how to keep our tools disinfected while pruning, and then we got to help prune the trees. We would like to thank Randy for a fun and informative workshop! 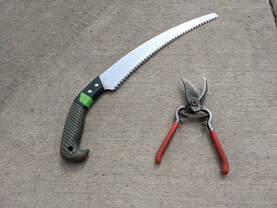 Other Equipment:
Disinfectant spray and a rag to sanitize the cutting blades (Randy uses Lysol spray; 10% bleach is another possibility or at least 70% alcohol)
When considering branches/limbs to be removed:
-Think about the longer-term growth of that branch (i.e., will it end up being a problem in a few years).
-Consider how the tree will look after the branch is removed.
-Consider which branch is the dominant leader and maintain this branch as the highest branch to keep the shape of the tree. (See this website for more information about maintaining a dominant leader on trees.)
-Remember that the sum of the removed growth should not be greater than 25% of the tree. If a major overhaul is needed, spread out the pruning over a 3-year period.
-If a choice needs to be made, preserve the limb with a stronger junction (i.e., more obtuse angle) where the limb meets the trunk. 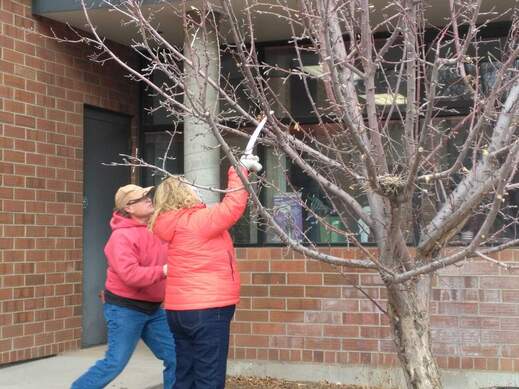 Other notes:
-Prune maples (and box elders) after they have leafed out, to avoid running sap from open wounds.
-Randy included this handout. 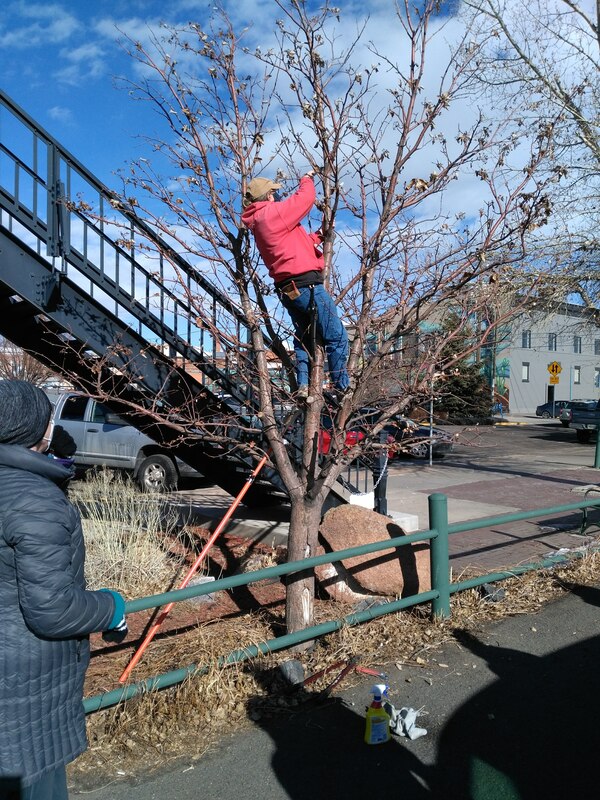